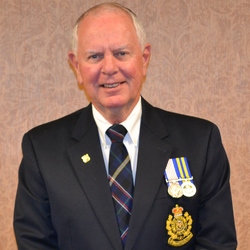 Joined the OPP in March 1966 and was initially posted to Oakville Detachment and a year later was transferred to Noelville in Number 13 District where he spent three years before marrying his wife Beth and moving to Tecumseh (M) Detachment in No. One District. From there he served in the Intelligence Branch at both GHQ and in the Windsor Unit, the Technical Support Branch, the Staff Services Branch and the Training Branch. Also seconded for two years to act as the Executive Assistant to the Deputy Solicitor General. Tom retired from No. One District Chatham as Superintendent in 1995.

Tom is a past member of the City of Chatham Planning Committee, the Board of Christ Anglican Church in Chatham & the Advisory Board the Police Foundations Course of Lambton College in Sarnia. Presently a Life Member of the Ontario Association of Chiefs of Police, the OPP Association and the Commissioned Officers Association. Tom also spent many years sponsoring and coaching senior women's soccer in Chatham.

Has been the Secretary/Treasurer of No. One Chapter OPPVA since April 2003 and was the Chair of the both the 2011 AGM (Sarnia/Point Edward) and the 2016 AGM (Chatham) Organizing Committees 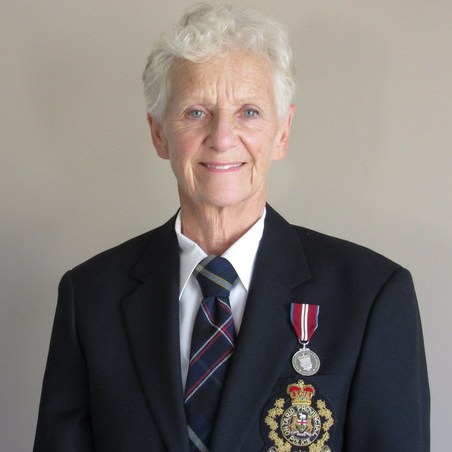 As a former OPP constable, I joined the Veterans' Association in 1989 and served as Secretary/Treasurer of 3 Chapter Burlington for 13 years. I have also attended numerous other Chapter meetings, BBQ's, luncheons and even boat cruises over the years. Since 1989, I have attended all Annual General Meetings, except one, and have been on the organizing committee for 3 of them.

I was involved in selling OPPVA logo items for almost 15 yearsup until 2019.  I arranged to coordinate a group of OPPVA members with musical talent to play at Chapter 3 Burlington - Annual General Meeting and called them The Retirees Own.

I was co-recipient of the 1998 OPP Veterans' Association 'Veteran of the Year' award. For almost 2 years I assisted in the research and composition of the OPPVA History Book, 'The First Thirty Years'. 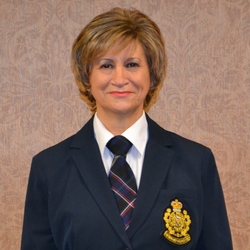 A retired civilian of the Ontario Provincial Police (OPP), starting in October 1970 and retired in April 2004.

During my 33 years with the Force, I worked as an Administrative Assistant in several areas of the OPP, including the Office of the Commissioner, Staff Services and Field Divisions.

I ended my career as a Researcher/Writer in the Corporate Communications Bureau. I worked at three General Headquarters buildings, those being 125 Lakeshore and 90 Harbour in Toronto and finishing at 777 Memorial Avenue in Orillia.

I have been a member of the OPP Veterans' Association since my retirement in 2004. Shortly after joining Chapter 18, I became the secretary-treasurer of the Chapter and now hold the chapter's Vice Chair position.

I was also involved in the administration of the OPP Youth Foundation for several years. 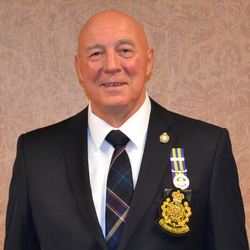 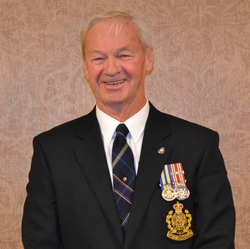 I joined the OPP in 1965, served Brechin, Toronto, Whitby, Manitouwadge, Kakabeka Falls, Shabaqua and Thunder Bay Detachments. I was In Service Training Instructor for many years.

After my retirement in 1994, I joined 16 Chapter, and am currently the Chair of 16 Chapter.

I am married to Marilyn, and have 2 sons, Jason, and D/Cst Wade Arnold. I also am on the Surviving Spouse committee with Director Liz Arbour 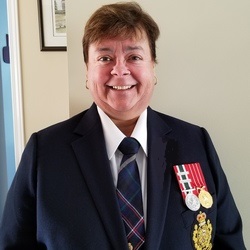 Member of the OPPVA Chapter Cornwall since 2010, and have been chapter secretary since joining 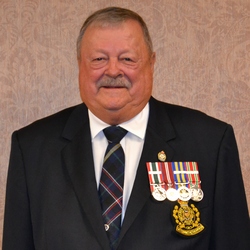 While in Iroqouis Falls I was a founding & Commanding Officer of the #792 R.C.(Air)Squadron from1970-1977. I've been married to my wife & friend Laurette for 60 years. We have 4 children Prov. Const Andre Hebert (Retired). Cpl.Lise Hebert (retired) Cdn.Armed Forces now a Court Clerk.Jacqueline Hebert-Beach Cornwall and Prov. Const. Paul Hebert JFO Cornwall. Have been a member of the OPPVA since 1997 and served as Sec/Tres. of Chapter 11-Cornwall 2006-2010 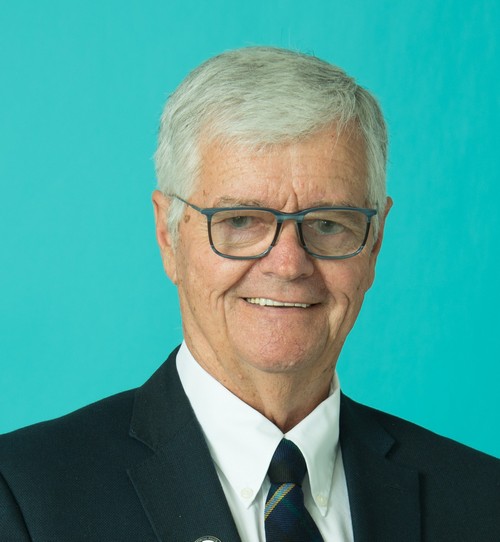 Police career began in July 1965 with The RCMP. Joined OPP three years later and posted to Sudbury and Chapleau, Kapuskasing and Smooth Rock Falls before moving to the Fergus Police Services in the mid 1970s. Duties included general police tasks, breathalyzer tech, community Officer (Elmer program) and some ident in Fergus. Married Alma in Kapuskasing in 1969.

Active with community and service clubs. Joined Lions International while in Smooth Rock Falls and still active member presently. Started driving busses of all kinds after retirement in 1998 and became a driving instructor with signing authority with the Ministry of Transportation and also a consultant to the bus industry in manners of compliance.

Joined the OPPVA in Guelph and became Secretary/Treasurer of that Chapter in 2006 up to the present. 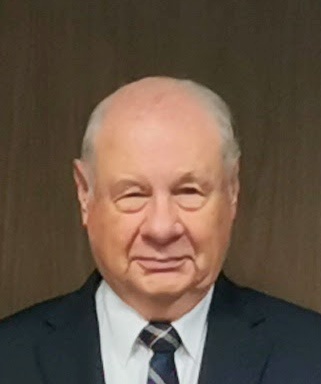 Married my wife Janet in 1965.  After teaching school in Clinton, joined the OPP in July 1966 and was transferred to Lindsay.  Duties included general police tasks, Community Safety Officer; and Auxiliary Liaison Officer and In-service Training Officer at Peterborough DHQ.  While at Lindsay, was President for Lindsay Optimist Club and Lieutenant Governor for Optimist International.  Has three children born in Lindsay.

Seconded to Ontario Police College in 1976 and became permanent staff in 1977.  Taught several different courses including Police Management Training.  Seconded to Solicitor General’s Office as the Crime Prevention Officer for Ontario.  Retired in 1994.  Received Coach of the Year in Minor Hockey and Minor Ball.

After retirement, was Special Security for the Toronto Blue Jays.  Moved to London and was District Coordinator for London Senior Games and President of Huff N’Puff Seniors Fitness Association.  Joined the OPPVA Chapter # 2 London in 2003 and served in the positions of Director of Elgin County, Treasurer, Secretary and Chairman.

Thank you to our Sponsors. 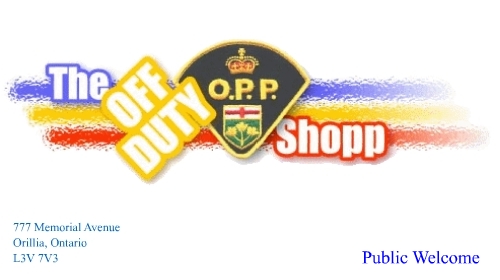 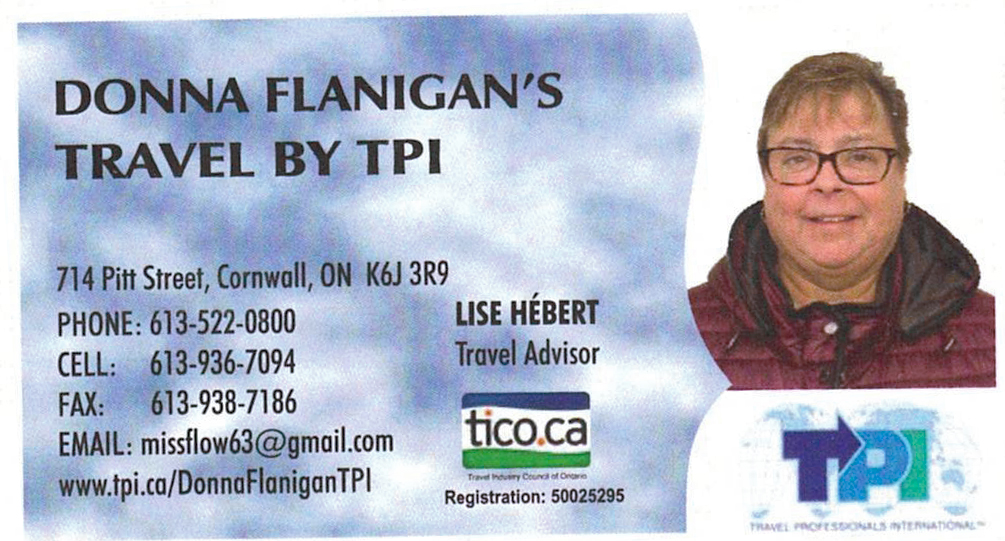 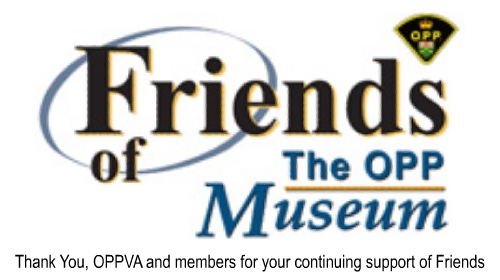